Santiago de Compostela, in north west Spain, has been one of the Christian world’s main pilgrimage destinations for over 1000 years, based on the belief that it is the burial site of one of the disciples, St James (Santiago in Spanish). 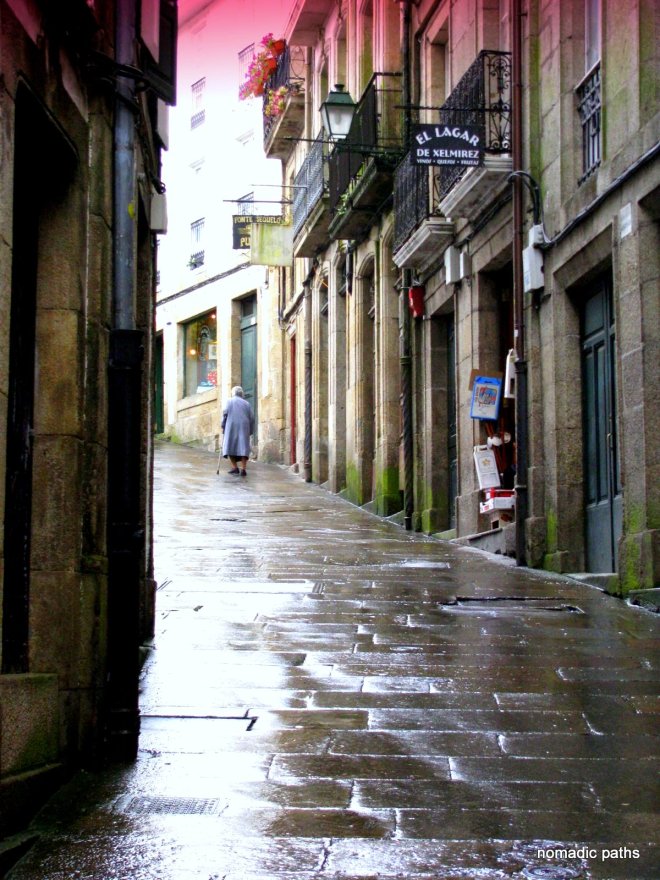 The old town is a UNESCO World Heritage site, and an intriguing, hospitable and welcoming place, with narrow winding streets to explore. The grand cathedral is the ultimate goal of the pilgrims who have travelled the Camino de Santiago from faraway places.

Santiago is the capital of Galicia, and the region is quite different from most other parts of Spain in terms of culture, music, language (Galician) and climate.

Unlike much of Spain, Galicia is wet. Santiago is said to experience some rain on more than 300 days per year.

Galicia is considered to be one of the seven Celtic nations (along with Scotland, the Isle of Man, Ireland, Wales, Cornwall and Brittany) and its music reflects this heritage. Bagpipes (called gaita gallega) are a common feature of Galician music. My favourite Galician band is Luar na Lubre. A link to their song Chove en Santiago (It’s Raining in Santiago) is here.

This is my contribution to Tiffin’s A-Z Guidebook, this month starting with the letter ‘S’.