In the north west of Australia’s state of Victoria, the Wimmera region ranges from highly productive sheep and grain growing farmland to desert. It is on the edge.  Horizons seem endless, solitude is close.

Mechanisation of farming over the last century has displaced the large rural workforce that was once essential for agriculture. Then, teams worked on the  wheat harvest and bagged the grain in hessian bags capable of being handled by one person. Now a huge truck with a lone driver carts away many tonnes at a time for delivery to the silo. Machines, not people, now dominate. Currently pressed bales of straw and grass are so large and heavy (at around 600 kilograms) that they can no longer be moved by hand, as was formerly the case, but require a powerful tractor with forks. Large bales of wheat straw, baled after the grain has been harvested. Near Beulah. 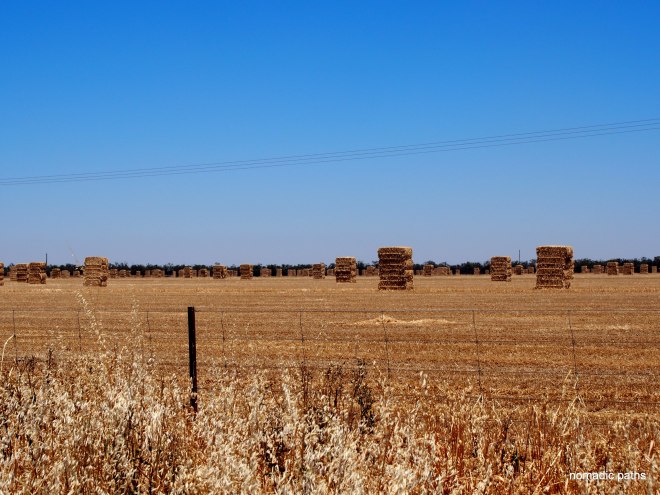 Grain silos are numerous and the largest constructed form in the area, dwarfing the frequently ornate local pubs, commercial buildings, and austere churches. A few silos have been painted, with others on the way. There is already a designated driving circuit to enjoy this art form. Guido van Helten painted the Brim silos, surely a masterpiece: 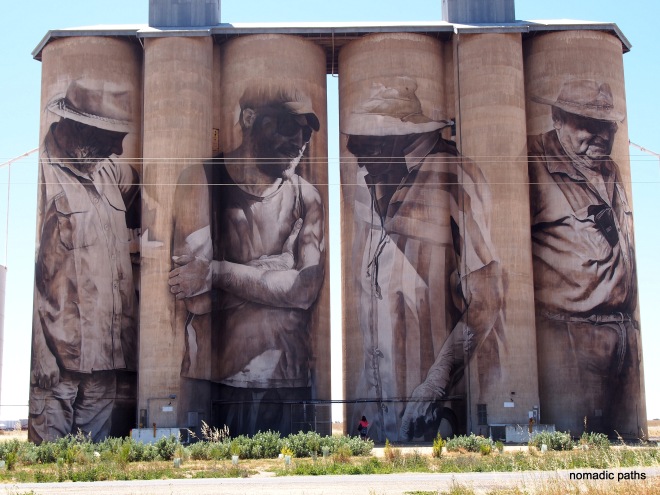 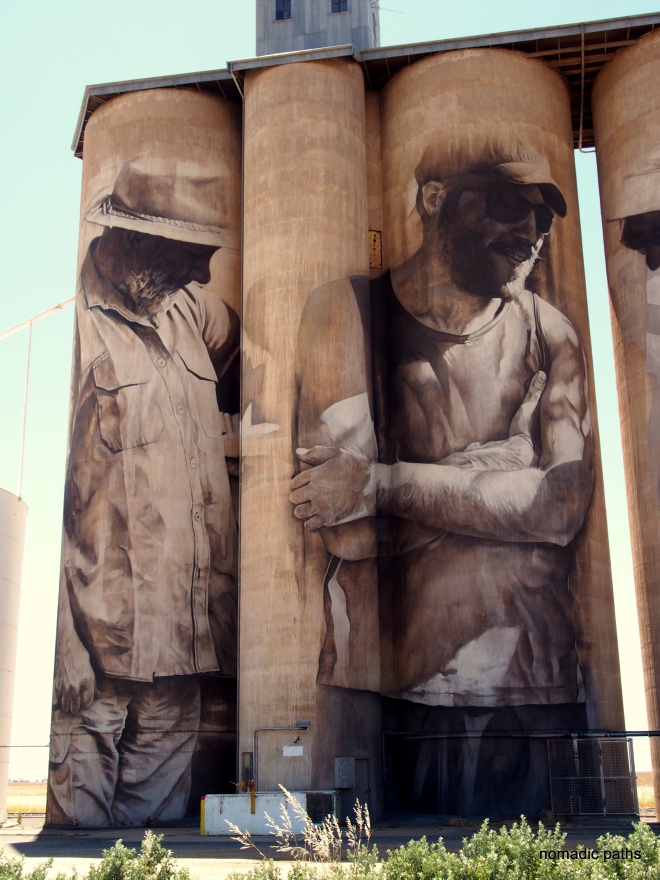 Small towns in the Wimmera are generally in sharp decline as people drift to larger towns for shopping, housing, amenities and work. Those small towns slumber amongst closed shops and businesses, with houses increasingly unoccupied and neglected. In a country with some of the world’s highest house prices and rental costs, as well as homelessness, it’s a pity that this housing is going to waste.

The main street in Beulah: 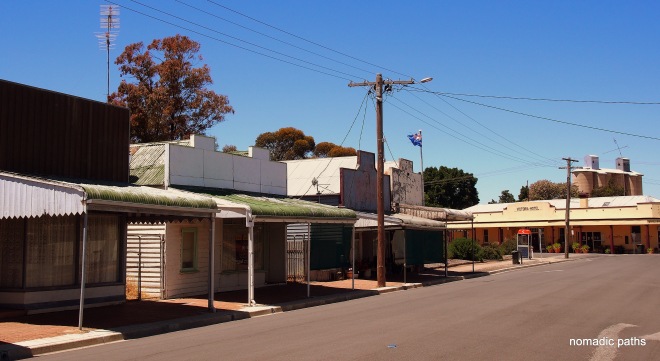 Another stark reminder of the depopulation of many small Wimmera towns is the war memorial listing residents killed in the two World Wars. A town that may struggle to sustain a small store and a hotel amongst its streets of closed shops usually has a memorial listing a shocking number of the district’s young men who died in Europe and Turkey in the 1914-18 World War. Hopetoun, with a population of 555 in 2011, lists 91 or 92. The Rainbow War Memorial (pictured below) lists 41 names under the heading ‘They sleep well’. The town’s population in 2011 was 525. 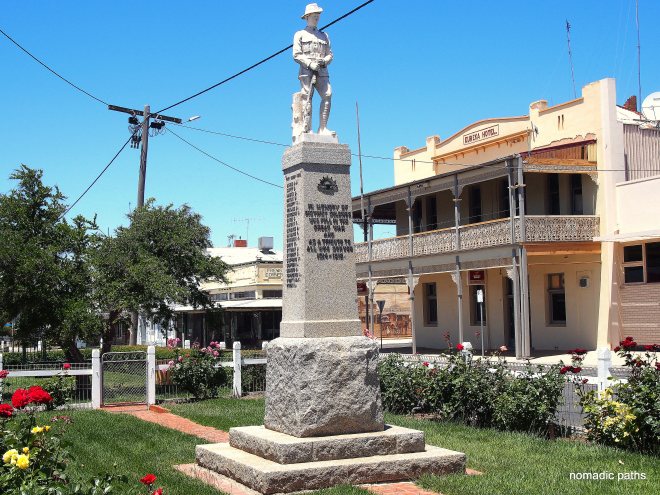 As a contrast to the rather forlorn sight of numerous empty shops, most small towns have well maintained sporting infrastructure; tennis courts, a swimming pool, a football and cricket oval (which sometimes doubles as a venue for the annual agricultural show), and sometimes, a lawn bowling club.

For wanderers, the region has camping grounds and pubs offering accommodation. Camping fees are moderate compared with the rates at more popular destinations; $10-$20 per night for a powered site is usual in the town’s caravan and camping park, generally located beside a river (Jeparit – the Wimmera River) or lake (Brim, Beulah and Hopetoun).

This year’s good rainfall has replenished the region’s watercourses and lakes, which were suffering from a long drought, and local spirits. A farmer of around 60 years old, chatting in Jeparit’s Hindmarsh Hotel, intimated that this year’s grain crop is the best he’s ever seen. By staying and mingling, perceptions alter. As a result of his recommendation we drove to Brim to see the painted silos, and also included Warracknabeal, Beulah, Hopetoun, Rainbow and Jeparit; a nice driving circuit.

The Wimmera River at Jeparit: