After a couple of days back in Chiang Mai, I checked my photos and noticed that I may be exhibiting an interest in mannequins.

The Sunday walking market was in the early stages of setup when the first mannequin focus began. 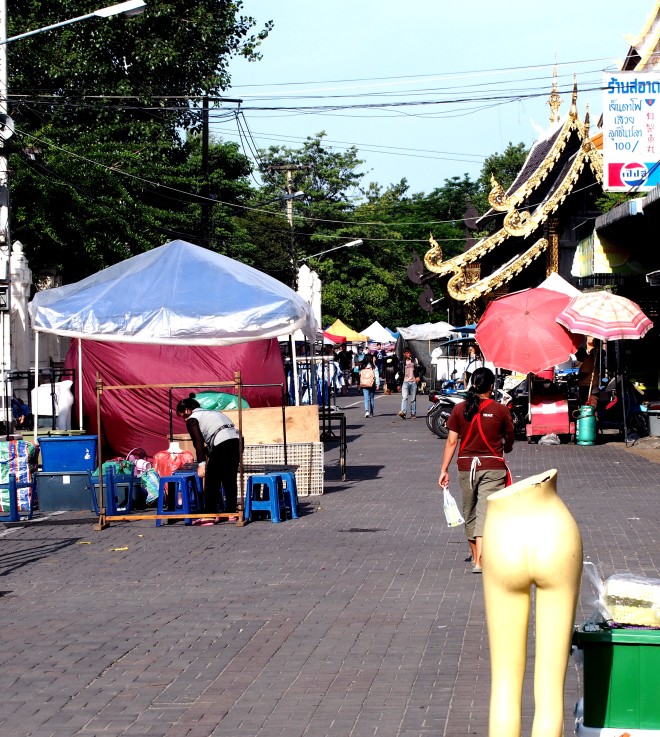 Undignified, but the market is still hours away.

A visit to the Warorot market the next day revealed mannequins in more modest attire. 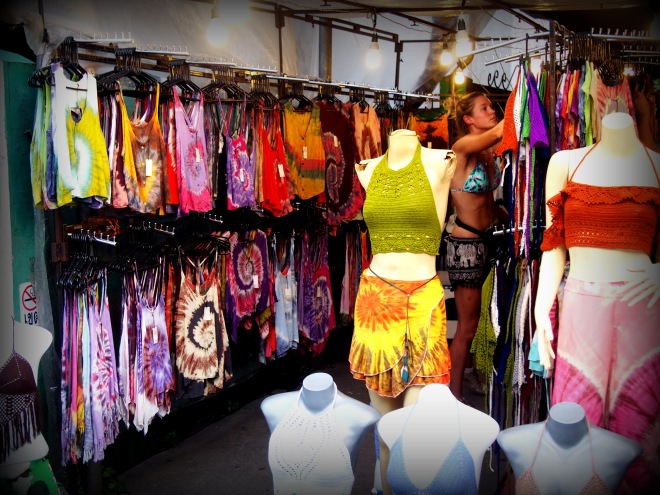 This outlet apparently caters for giants.

Hoi An is such a visual feast. Colour is everywhere.

A beautiful local in her ao dai, the traditional Vietnamese costume, contrasts with industry, commerce and history in the eclectic mix of this entrancing town. 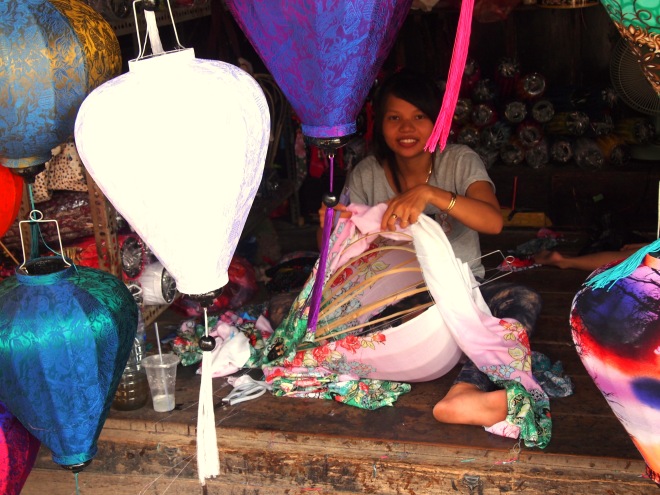 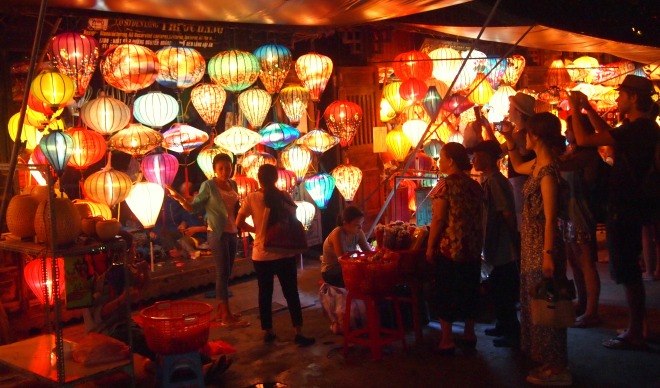 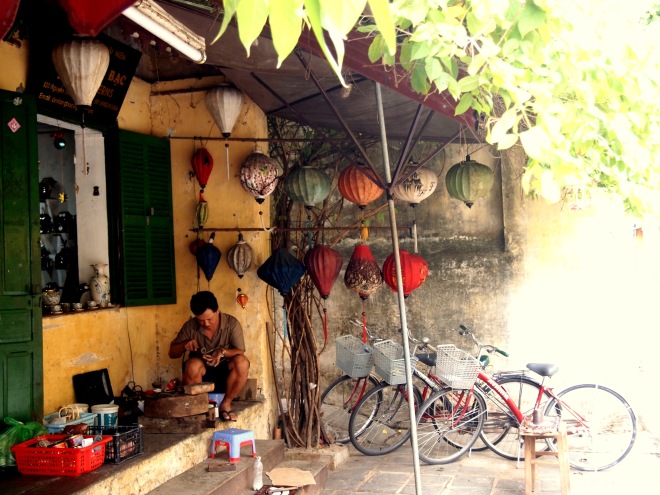 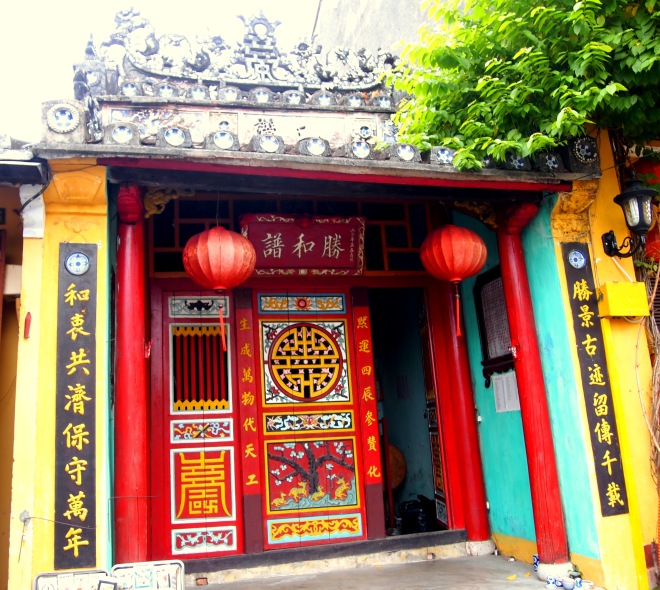 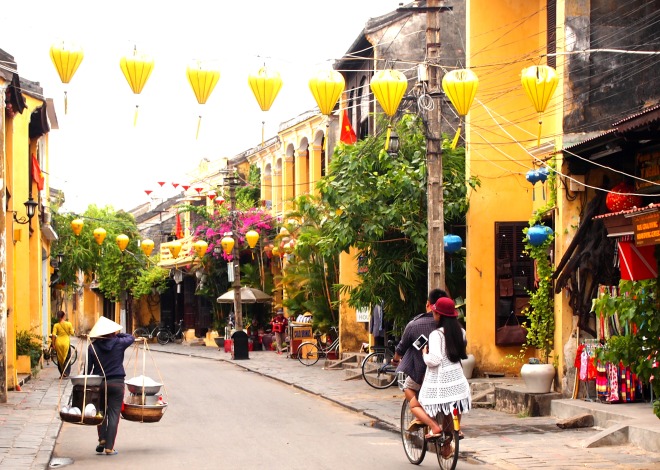 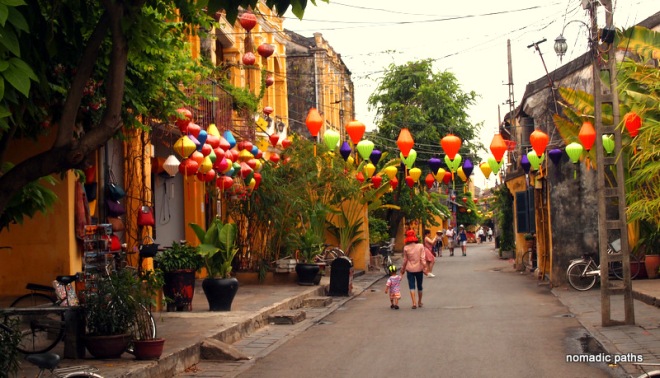 Hoi An’s main market flourishes early in the morning before the day’s heat intrudes. Boats arrive by river, bringing passengers with produce to sell, and their bicycles; to join the catch brought in by the fishing boats that have spent the night off the coast. 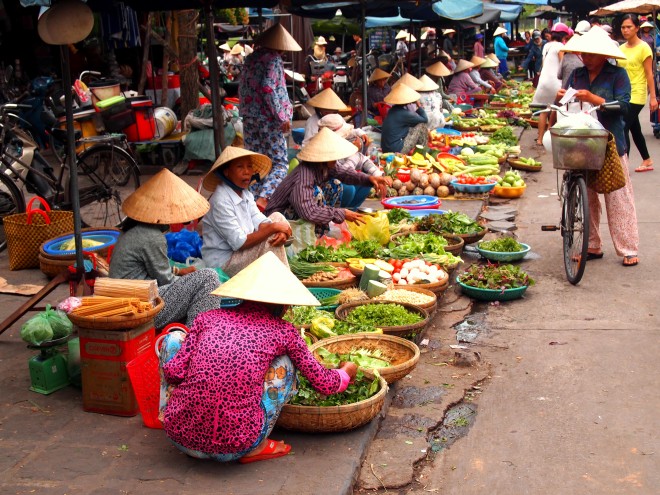 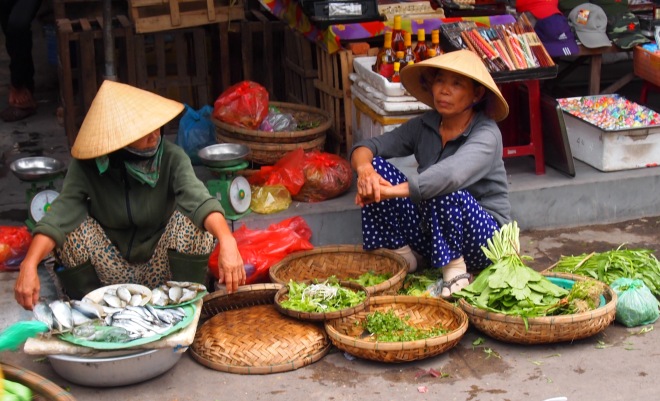 Someone has to make the noodles to go with all this food. Just like using an Italian pasta maker.

Away from the busy market, boats lie waiting for their passengers to arrive later in the day.

Meanwhile, some traders prefer the cool of the evening and a relaxed position. 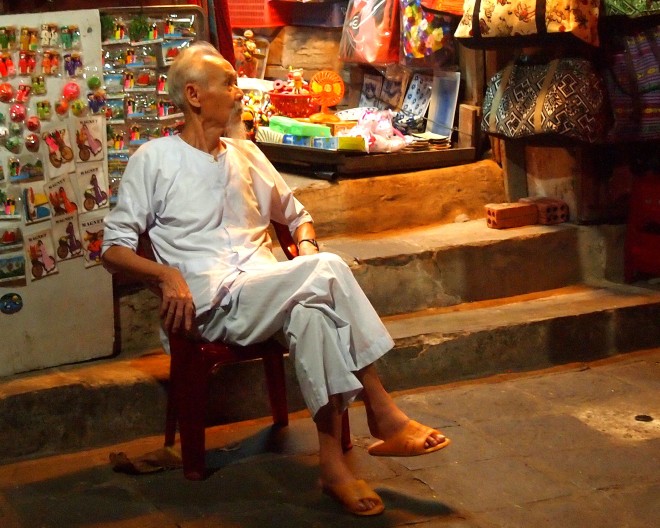 Hong Kong is an orphan in many ways, disconnected from China by colonisation and the culture of colonial rule. It was a British prize of the Opium Wars in 1841, that disgraceful era when government trading in human misery, including drugs and slavery, was a feature of many of the then most advanced and richest countries in the world. 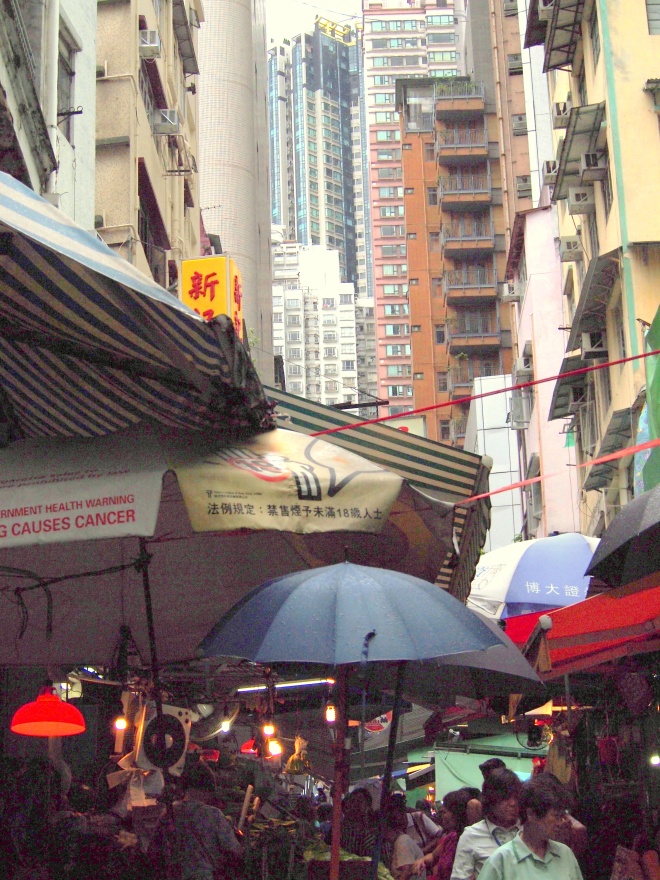 My Hong Kong visits have usually been on the way to or from mainland China, with a resulting impression that Hong Kong is Asia Lite, an unchallenging place where westerners can experience a touch of the foreign but always be comfortable and close to their needs and desires.

Hong Kong is renowned for shopping. I always prefer a local market to the up-market marbled air-conditioned shopping malls that breed in capital cities throughout the world and feed off the modern fetish for brand names. The photo was taken at an unheralded and unfashionable neighbourhood market on Hong Kong island amongst the jumble of  local housing.

While publicity about Hong Kong frequently highlights examples of economic dynamism, the extremely wealthy, and expensive house prices, less focus is on the gap between the rich and poor, which is one of the widest in the world. This inequality was a major motivation behind the pro-democracy protests in 2014, the year I last visited.

I encountered the market in the photo while using the Central-Mid Levels escalator and walkway system, a free and excellent way to explore and enjoy the views as you ascend the sometimes steep slopes to 135 metres above the harbour. The economical and efficient ferries, trains and buses add to the ease of travel, essential for locating the best food and places of interest.

This is my contribution to Tiffin’s A-Z Guidebook, this month starting with the letter H.