Roving sellers switched from other wares like scarves and trinkets and sold umbrellas to those who did not expect rain. My sturdy new umbrella was large, blue and white with brass fittings, and a bargain at €5. 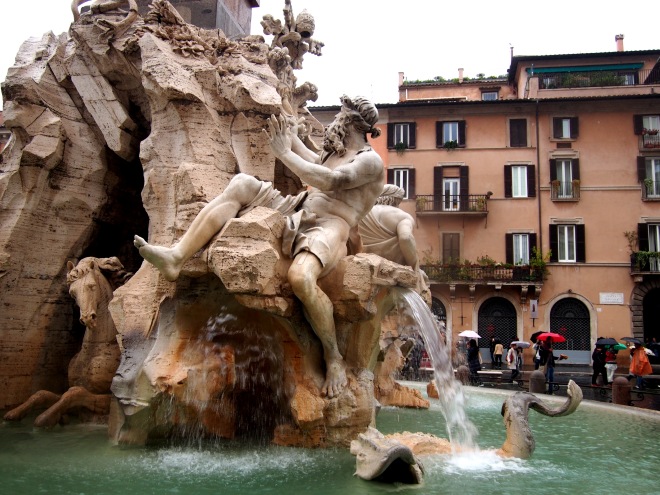 The rain continued to fall as we crossed the bridge to Trastevere on the way back to our rented apartment. The new umbrella continued to excel.

It’s now late on Sunday night in Trastevere as closing times near. The festive crowds of Friday and Saturday nights are long gone.

After dinner, I left the umbrella at the restaurant. I returned a few minutes later and recovered it. Alas, on unfurling it the following morning, I discovered that although apparently identical at night, the umbrella was of a different colour and was well used with several holes, tarnished brass fittings, and a handle that comes off.  I hope that the new possessor of my fine umbrella values it as much I would have.

Graffiti has been around for centuries. The Romans in Pompeii and the Vikings in the Orkneys showed a distinct bawdy tone in theirs. Graffiti can portray the spectrum of artistic and linguistic expression, from brilliance and innovation to blind rage, loss, despair, and garbage. It can be political, apolitical, satirical, sardonic, funny, sad, artistic, whimsical, ribald, or just plain vandalism, depending on the viewer.

Graffiti is usually defined as illicit drawings scribbled, scratched or sprayed on a wall or other surface in a public place. Authorities are often ambivalent about graffiti, but recognise that prohibition usually doesn’t work. Sometimes therefore, limited acceptance occurs. In Melbourne, the city council authorises controlled street art that has become a major tourist attraction. In Valparaiso, Chile, the local authorities have at times commissioned and encouraged street art, although recent moves in Chile suggest a negative approach through plans to regulate graffiti by punishing parents for the actions of their children.

On my daily train commute to work in Melbourne, I was always amused by the slogan painted on a bridge beside the train track: ‘Don’t vote, it only encourages them’ 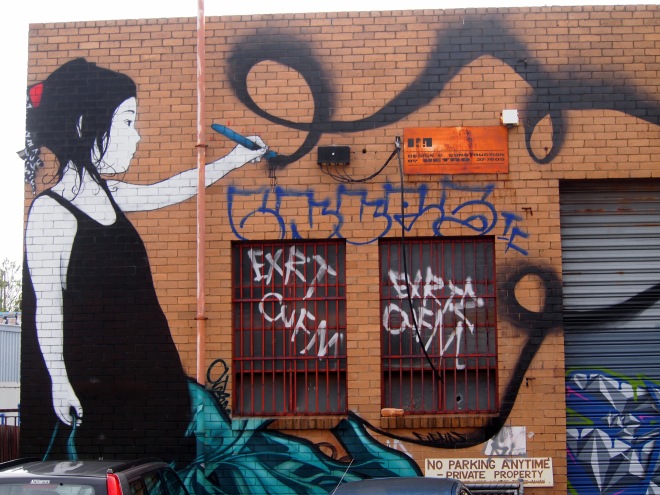 Valparaiso was once the major port on the South American Pacific coast for ships crossing the Straights of Magellan/Cape Horn to and from the Atlantic Ocean. When the Panama Canal opened in 1914 Valparaiso lost most of its maritime port trade and declined. The city is now having something of a resurgence, and is a UNESCO World Heritage site. It’s renowned for its colourful housing, lanes and stairways, its ascencores (funicular railway system) linking the steep residential neighbourhoods with the port, and has some truly noteworthy graffiti. 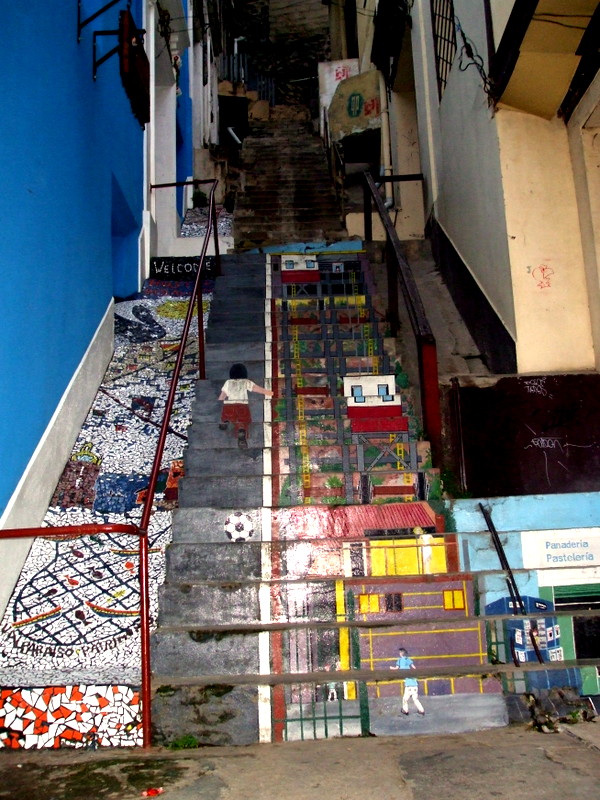 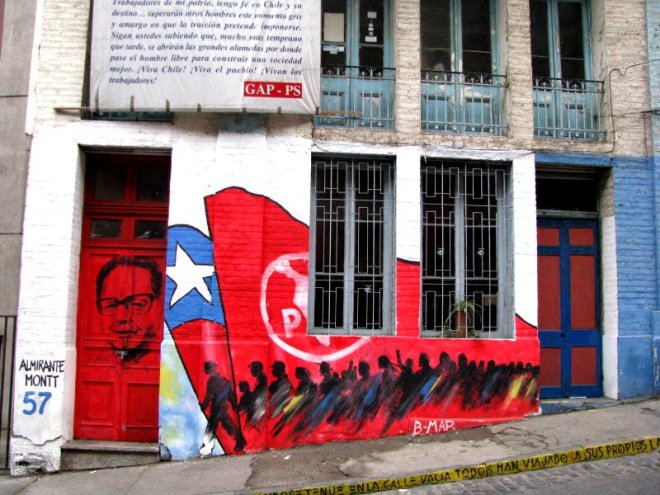 I left the previous photo at a wonky angle to allow those with Spanish skills (or who want to translate) the chance to read the sign. Deposed former President Salvador Allende’s image appears on the red door, and I’ve written more about Chile and Allende here.

If you might be offended by strong language or sexual connotations, don’t look at the next photo.

I’ve left the worst for last. Without claiming to be the arbiter of good taste, for which I am grossly underqualified, I share the general view that some graffiti is bad. In Melbourne, crude scratches mar the windows of many expensive new train carriages, and pathetic and meaningless swirls of paint appear in the wrong places. However, generally in Melbourne and elsewhere, there is a level of respect for older buildings and surfaces.

I haven’t selected Rome as my candidate for a bad graffiti award because of dislike for the city, as it’s one of my favourites. I was dismayed to visit in 2008 and discover that large numbers of classic centuries-old stone buildings were indiscriminately and unattractively sprayed, with no message, appeal or communication. Perhaps that was the point: a sign of urban decay, despair, powerlessness? It was the year of Silvio Berlusconi’s return to political leadership as prime minister for the third time, surely evidence that Italy had fundamentally lost its way. Of course, there may be other factors not readily apparent to a visitor.