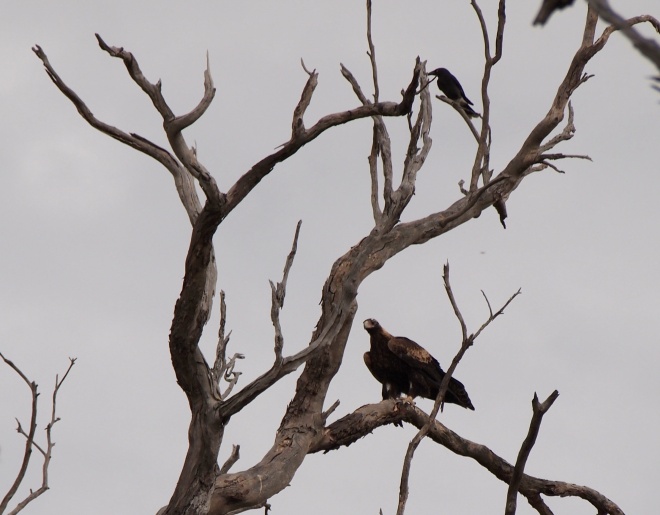 In my area wedgies are regular visitors, usually seen majestically soaring in circles high in the sky, perhaps 2000 metres up, using thermals in seemingly effortless flight. At other times they seek prey just a few metres above the ground, sometimes even landing quite close to the house.

Although in the past farmers often had a negative attitude about wedgies, mistakenly believing that they were preying on lambs and calves when in fact they were just consuming dead animals, now they are seen in a positive light. In particular, their role in killing Australia’s feral pests – rabbits, cats and foxes – is now applauded.

To the local indigenous people (the Wurundjeri) the wedge-tailed eagle is Bungil, their creator and spiritual leader. Many country people of European background also see the wedgie in a special light. My friends who left their home just minutes before the 2009 Black Saturday bushfire raced into their valley and destroyed most houses in the area, killed neighbours and cut off the road as an escape route, feel that they were alerted to the danger by the continually circling wedgie over their house.

When we moved into our current home in 2009 after losing our previous house in the same fire, a wedgie also featured. On arising on my first morning in the new home, I was greeted by a wedgie perched on a fence in the paddock about 40 metres from the front door. It was quite relaxed and unconcerned, and became a regular visitor over the next month or so, sometimes gliding a few metres above our car like a welcoming plane as we returned from an outing.

Perhaps today’s wedgie is the same one. Thanks for your welcome, Bunjil. 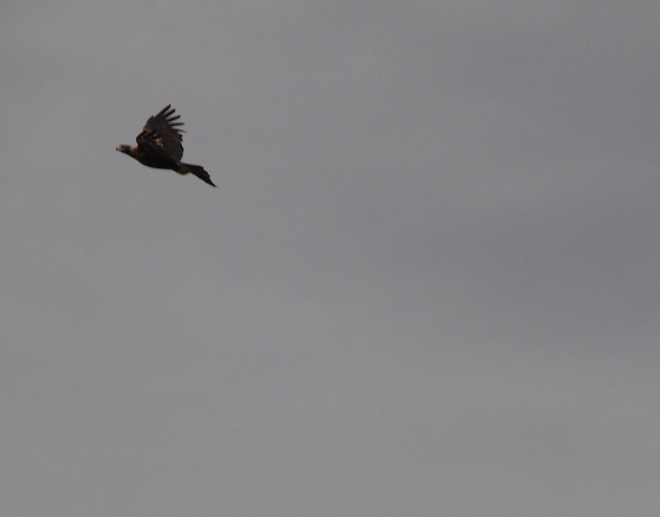 A wedgie in flight.